Burning Man stages: Which one to go to?

Over the past 28 years, lovers, hippies, yuppies, hipsters, creationists and more attend the week-long annual event Burning Man. So what is Burning man? Just a bunch of hippies that enjoy getting trashed at a musical festival? A desert rave? A place where people go to search for enlightenment? Others have said it’s a place that they need to check off the list before they are 30.

My definition is an adult’s dystopian Disneyland, nothing for 11 months of the year, rebuilt and transformed for one month as a city, where commerce and the mainstream do not apply and where everyone participates in one way or another. It’s basically a mecca for artists, creatives and people from all over the world who come to express their art in unimaginable ways. Revellers also come to escape the real world, leave or burn their sorrows, grievances and negativity.

My last burn attendance was in 2011, so I’m going to share some of my experiences from each of the sound camps. I will also touch on sound camps that are well known and followed. These sound camps are non-profit electronic music and art collectives, some of which weren't there in 2011. The attendance in 2014 was just under 66,000 and it has been growing steadily since its inception. 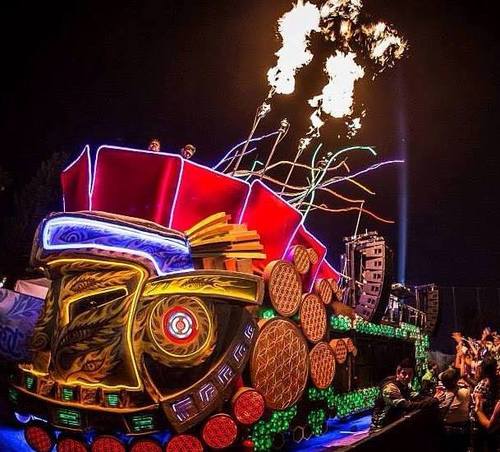 As is one of the leading art cars, Mayan Warrior is a visually stimulating, sound packed car driven straight from Mexico City.

Founded in 2011 and then launched in 2012, in my experience this is the most recommended stage by other sound technicians and punters alike. I had the fortunate pleasure of meeting DJ TENNIS, I asked him in terms of sound which was his favourite sound camp and he told me this was the one.

The system has been engineered to ensure it runs effectively with proprietary processing hardware that prevents intermodulation of the signal before entering the Amps which in turn optimises the system performance by 15%. In addition because of the harsh effects of playa dust and heat the amps are stored in a perfectly sealed chamber with AC inside the art-car

In terms of the visual design of the car famous artist Alex Grey contributed to the project by painting the Warrior's face. I've been told by one of the cars main organisers Pablo Gonzales that Alex Greys artwork will remain on the car for 2015

Mayan Warrior is currently being restored, cleaned and fixed - be sure to catch it in 2015. 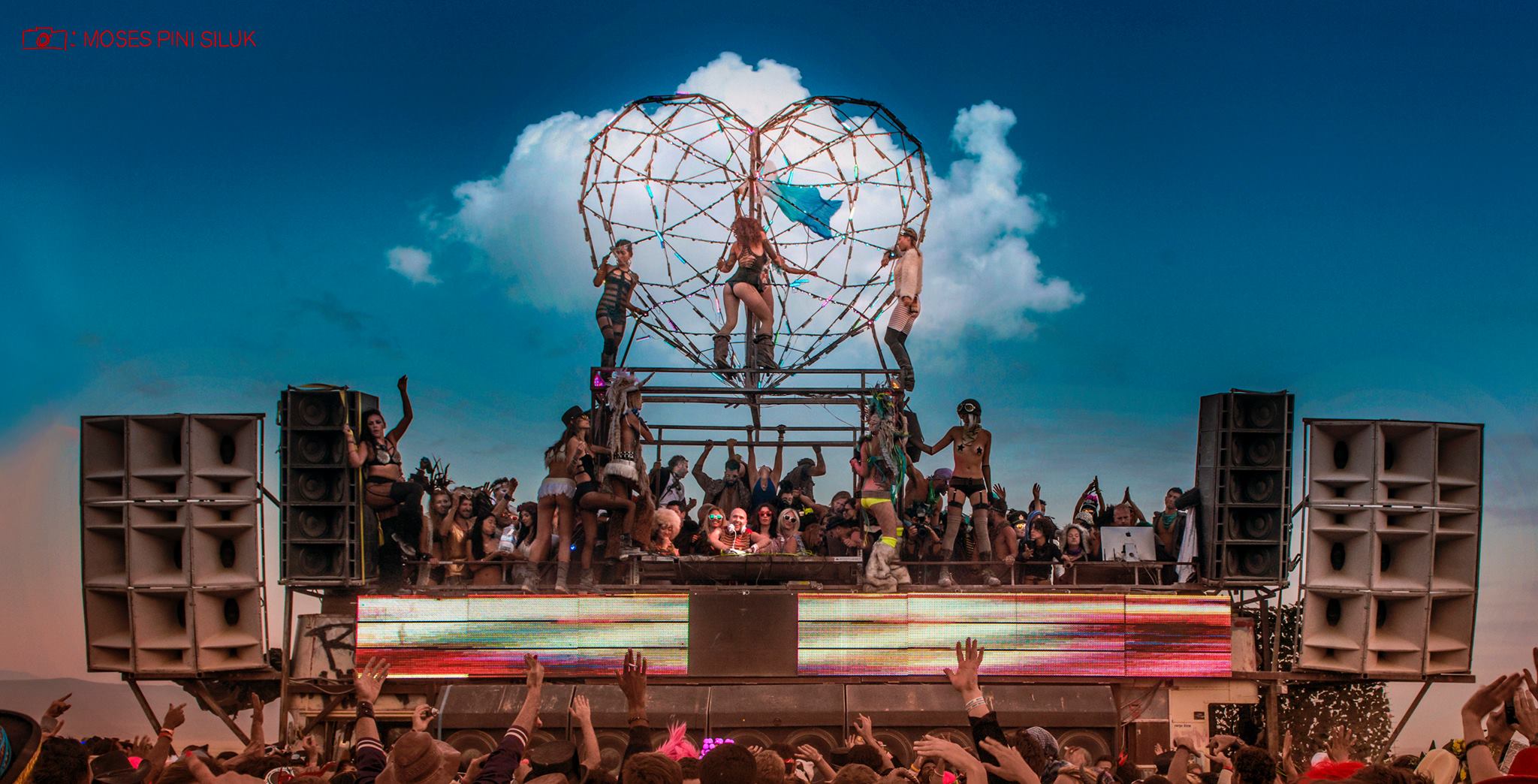 One of the leading art cars not to be mistaken from something out of Mad Max, this is transformed into a mobile art bus riding with a 70,000 watt peak custom owned rig of 18 mid-high tops per side, highs being radian and mids and lows are JBL and 10 double 21" neodymium B & C subwoofer driver stacks. Each sub has a 2000 watt RMS/4000 watt Peak capacity.

Personally I thought the sound from here was amazing, very crisp and clear and a right amount of bass. The music played here in 2011 was a decent mix of tribal, deep and tech house and techno. Last year in 2014 there was a live act – The Thievery Corporation. If you can stay up try to catch the opening morning sunrise set, it’s always good.

2014 Lineup included artists such as Skrillex, Acid Pauli, Camea, Above and Beyond, Tale of Us, Nickodemus. 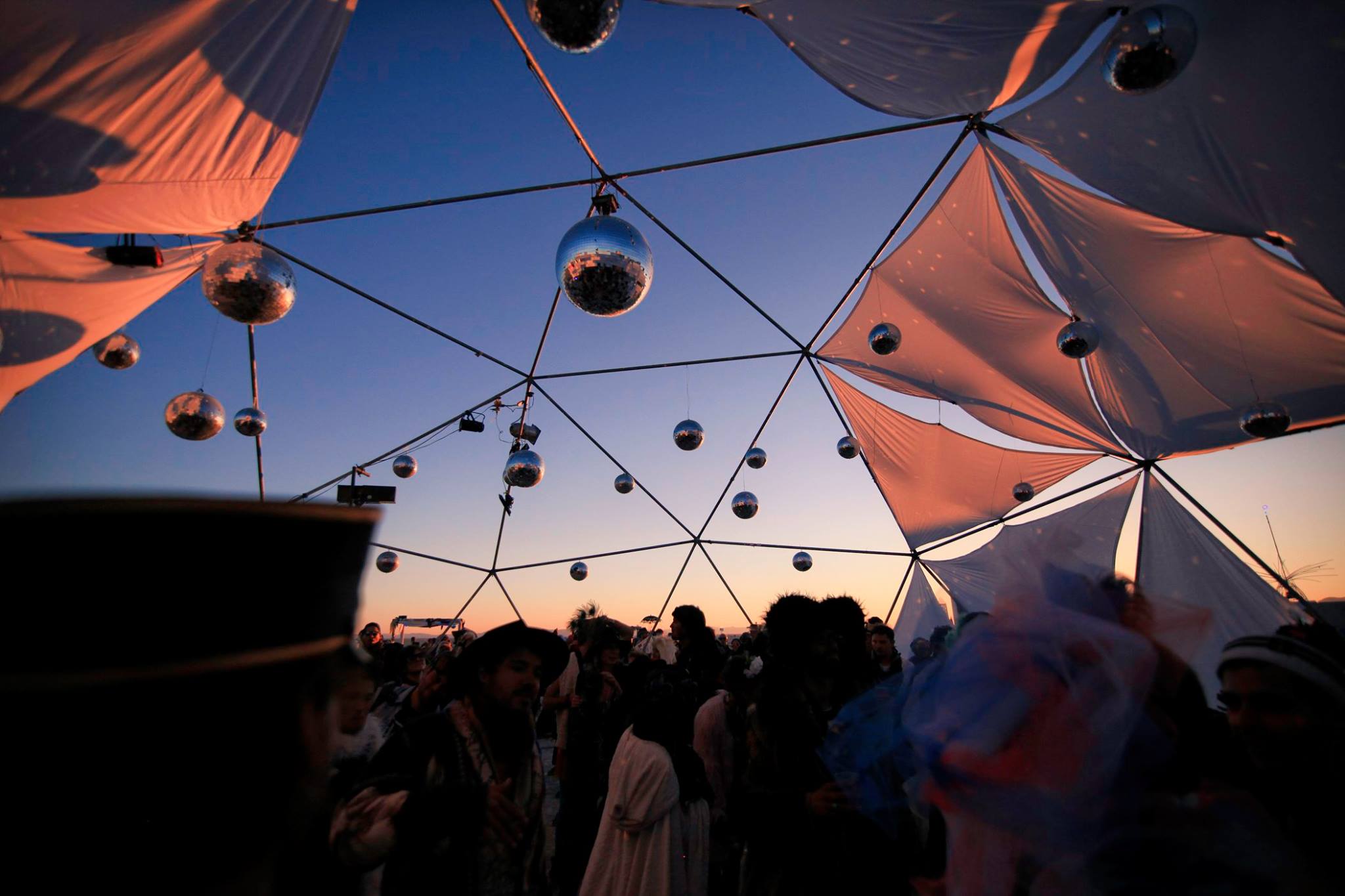 A great stage which is known among my friends to having the best music and vibe. The 50,000 watt peak sound system is also provided by Know Audio. The space is not entirely massive but known to get host some of the biggest house/tech house/disco names throughout the festival. Be prepared for some fire, trippy lasers and surrounded by a roof of disco balls. 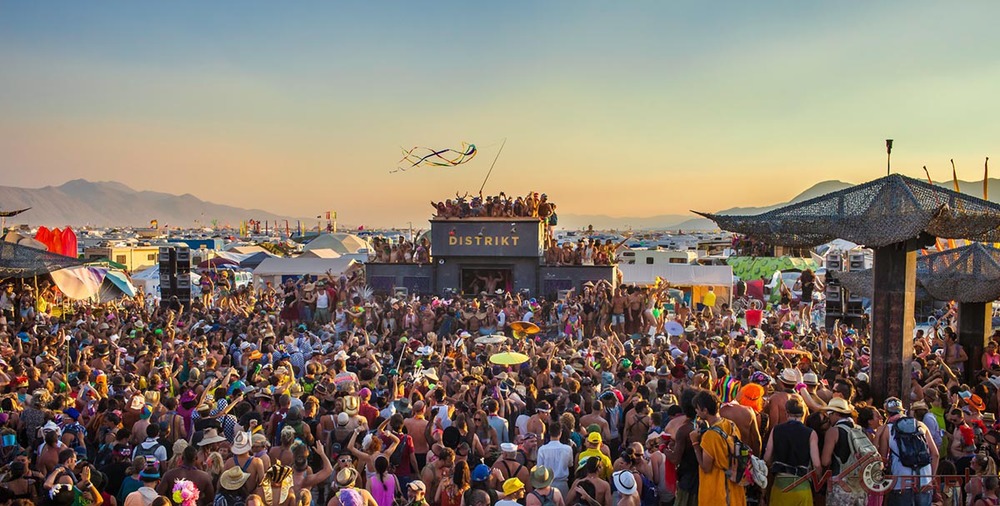 As I was camping directly across from Distrikt in 2011, I failed to get much sleep as I was up most of the night and this was a day party. The stage was a lot smaller back then and has grown ever since.

Since 2013, the system has been upgraded/powered by Funkworks who work out of Los Angeles. Cody from Funkworks explains that they opted to bring out 8 Funktion one F221's, 8 resolution 4's, 2 dual 15’s and 2 resolution 2's and, this worked out nicely for the 2013 Distrikt stage. However, for 2014, they retired the stage they had used for a few years and built a much larger stage to house the massive numbers of people they expected.

Come 2014, with more punters attending, the stage has been redesigned and the sound system has been upgraded to cover more surface area. Their solution was to use delay stacks. So in addition to the rig they brought out for 2013, they also brought out 6 dual 18's and made two delay stacks of 3 dual 18's with Funktion-One Resolution 2's on top to extend the dance floor sound not only farther back but, out to the sides as well. The  end result was one of the premier sound systems on the Playa to come see and hear. In fact according to Cody, one of the days in 2014 a fellow came by looking for the sound tech/company that was responsible for the sound. It turns out that this fellow was Paul Oakenfold who wanted to personally thank them.

This was a pretty wild camp you’ll expect to some craziness such as people dancing in cages raised in the sky by cranes, people going nuts with bongos and you may see the Robot heart bus parked nearby, and in some cases the system plugged in for extra reinforcement.They usually build this bridge looking podium next or on top of the dj booth to which you can stand or dance on. It looks kind of surreal when the sun sets with the blue mountains in the background. 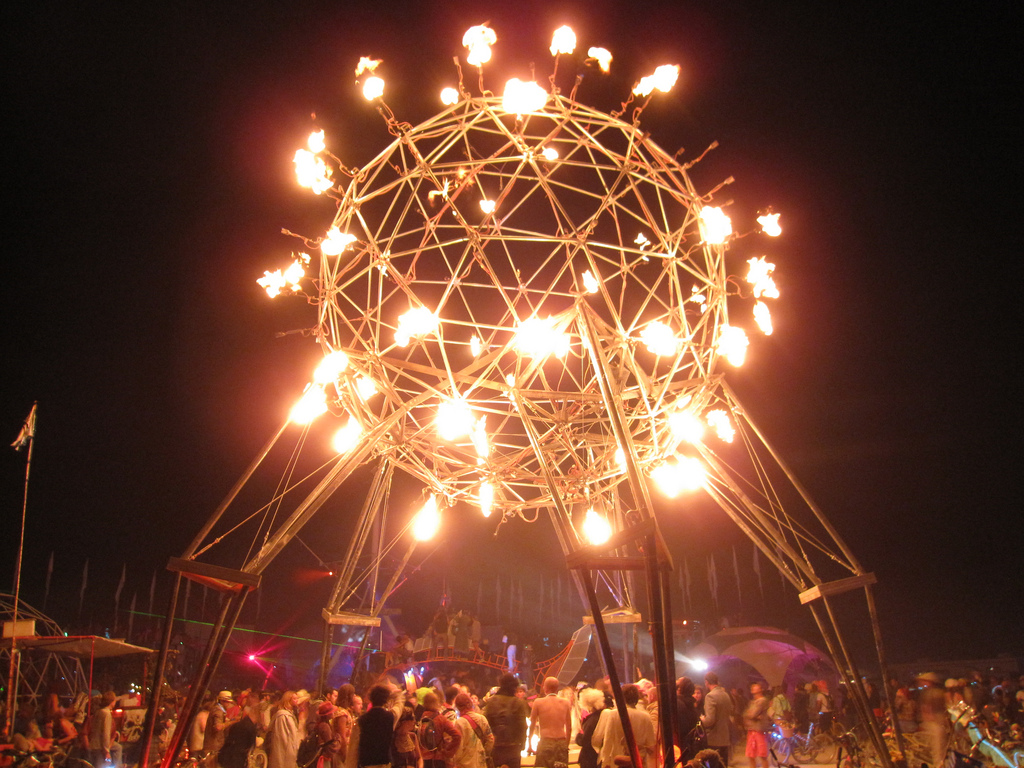 Another leading stage backed by Funktion one sound, well designed camp with incredible pyrotechnic flame throwers and visuals. If the camp is run this year, do not miss it. 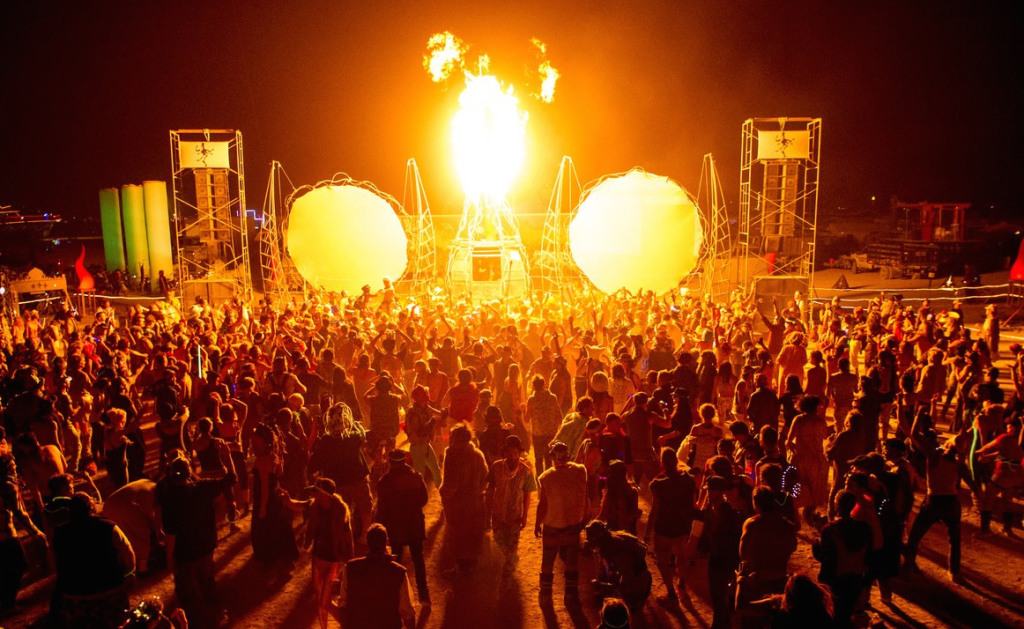 Although they are not doing a camp this year 2015, OT are another major not for profit San Francisco based stage camp with world class djs every year, lasers shooting in every directions, some of the best pyrotechnics i've have personally seen with flame throwers shot everywhere backed massive 3d visual screens. Sound system included 12 JBL Vertec 4888 line array speakers (6 per side), 4 JBL VRX 932 (2 per side for front fill), 12 EAW SB2001 Dual 21" Subs (6 per side), 6 Sound Bridge Dual 18" Subs (3 per side) and 2 Mackie SRM450 in "O-Pod" (DJ Booth) for DJ monitors. There was over 156,000 watts of available amplification to power this rig.

Another thing to take not is the dystopian metallic looking dj pod that is created each year.

Check out their kickstarter for 2014. 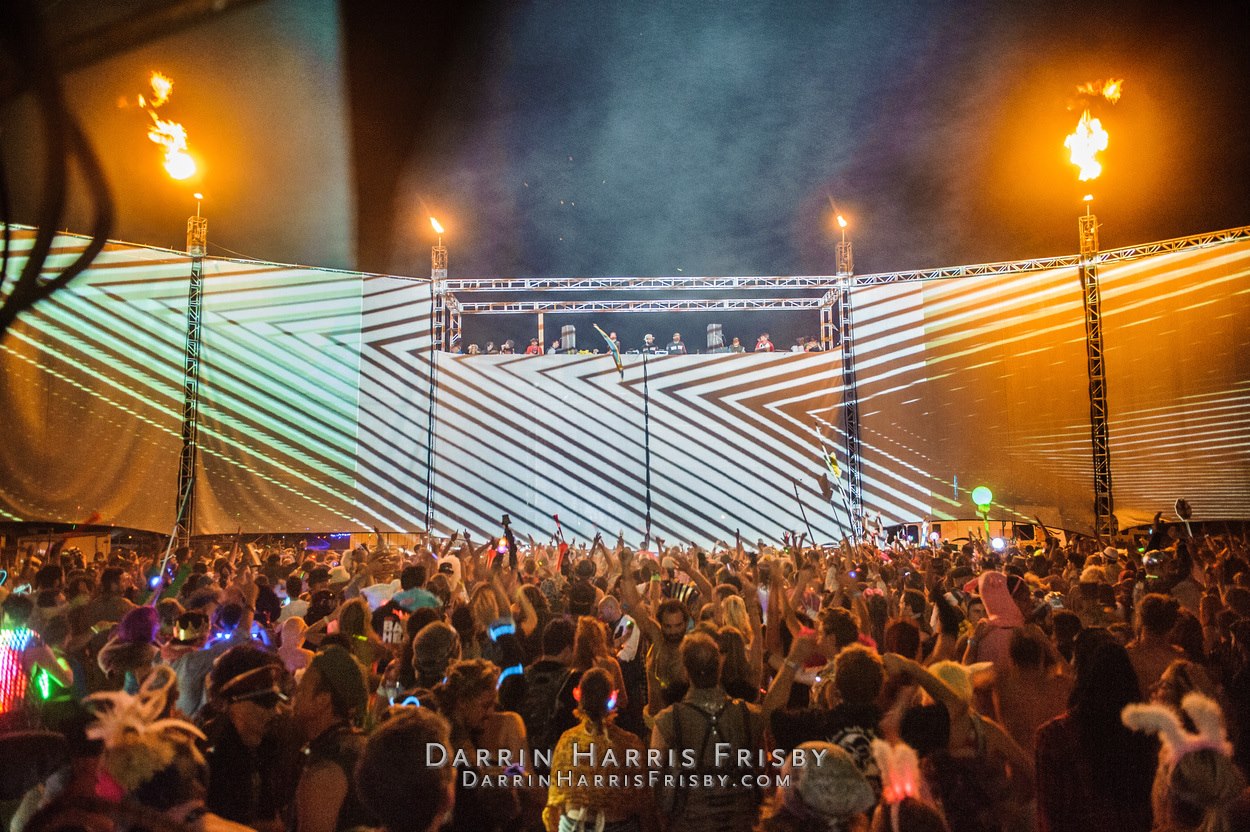 Another leading stage which I missed in 2011 due to the stage taking a break is Root Society, it is a stage I've been told to have the loudest sound system. This system is designed and provided by north american company Bass Boss who are based in Austin, Texas. They are renown for powering stages at ULTRA Music Festival in Miami for several years, creating legions of fans of pure, deep and extremely powerful bass. At Burning man they only really focus on the Roots Society camp with the system changing each year. However they have fitted other stages, have a look here.

With incredible mapped projections on gigantic screens, pyrotechnics, fun broken up beats, it's a stage not to be missed.

Other honourable mentions in no particular order are:

Feel that I’ve missed any crucial sound camps? Which one is your favourite?

Special thanks to Pablo González from Mayan Warrior, Pascal from KnowAudio, Cody from Funkworks, Lian from Bass Boss

How is your hearing and why is it important? Take a online hearing test.

As I listen to music and deal with speaker hire daily I've always wondered what was the current state of my hearing. I feel it's a hot topic and gets overlooked, I'm very passionate for music and sound and when reading up on international DJ Lil Louis permanently losing his hearing in one ear and when a friend [...] 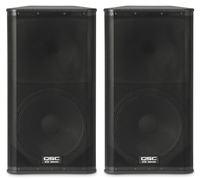 Alto BLACK15 vs HK Audio Premium Pro 15XA vs HK Audio Pulsar Active 15" vs JBL PRX715 vs Mackie SRM650 vs PreSonus StudioLive 315AI vs QSC KW152 vs Yamaha DSR115 vs Yamaha DXR15 At Buzz Speaker Hire Sydney we were looking to increase our hire stock range with some premium powerful 15’’ speakers over $1000 each. We shortlisted the 15’’ speakers in this price range available in [...] 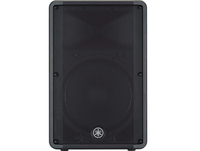