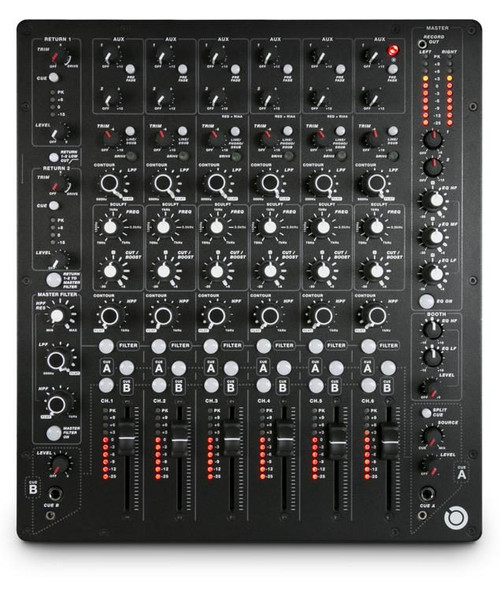 MODEL 1 is a performance instrument providing new creative possibilities to artists, and empowering them to PLAYdifferently.

A mixer of uncompromising build quality, intuitive tactile controls and beautifully warm analog circuitry, MODEL 1 is engineered by Andy Rigby-Jones and co-designed by Richie Hawtin, with two years of testing, insight and refinement with artists, clubs and engineers from across the electronic music community.

and much more features

Raised in Windsor, Ontario, across the river from Detroit, the birthplace of techno music, Hawtin began to DJ in underground clubs at the age of 17. He soon became famous for his Plus 8 Recordings label with John Acquaviva, and became one of the pioneers of Detroit techno’s ‘Second Wave’ of artists. Rich went on to receive international acclaim as Plastikman and became renowned for his innovations in technology. He was key to the development of Final Scratch and the paradigm shift of DJ-ing moving from analogue to digital, had key input in products with Allen & Heath and also co-founded the Beatport platform. In 2012, Rich started the CNTRL educational platform, touring North American universities, striving to bring electronic music and education closer to young people. Hawtin also formed Plus 8 Equity with Acquaviva in 2014 – a technology-based fund designed to invest in groundbreaking music technology companies. Hawtin’s received an Honorary Doctorate of Music Technology from the University of Huddersfield in 2015.

All prices are the rental fee per day, please contact us on info@buzzspeakerhiresydney.com.au or call before making any payments to confirm availability.

If you require delivery, setup, packdown or return delivery please add the required services to your cart from the Delivery and Setup Services page.